A Short History Of The Christmas Tree 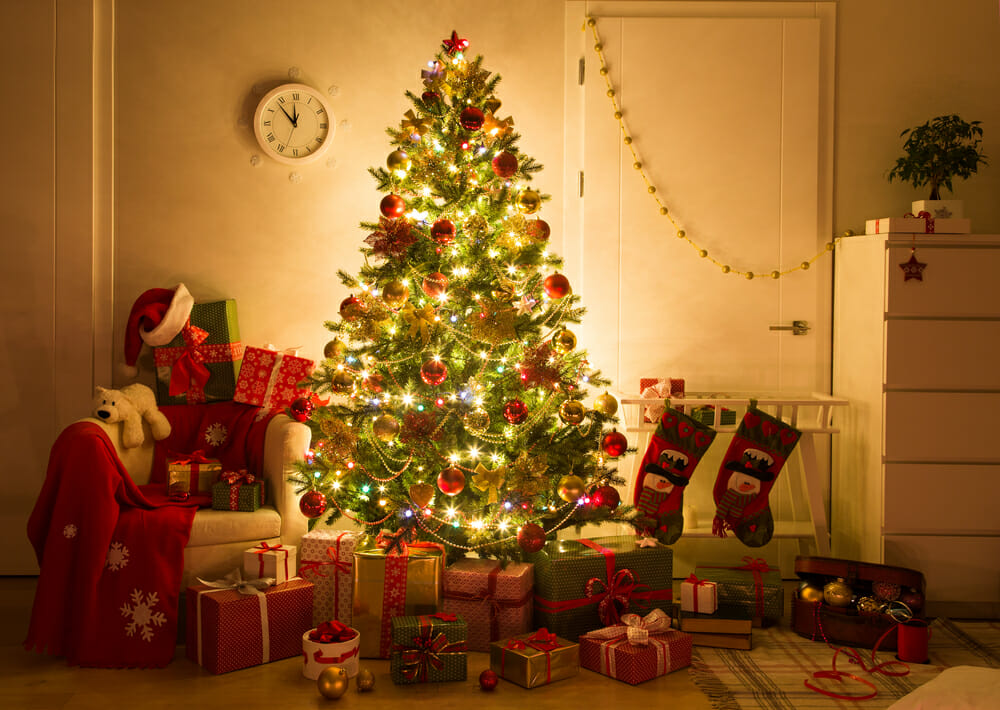 For generations, the humble Christmas Tree has graced the homes of families across the world. Year after year decorations are laced over them and presents piled up under them. But how many know the long, and perhaps ancient, history of the Christmas Tree? Today we'll take a look into the History Of The Christmas Tree.

The Christmas Tree, as we know it, begins with Christians discovering a new way to celebrate the birth of Christ. However, it is worth taking a look into the history of tree worship in general, this will help us understand why the tradition spread so fast, especially among the Germanic peoples.

Pagan tree worship was surprisingly common among the pre-Christian Celtic, Germanic and Baltic peoples. Celtic polytheism and Germanic paganism both had traditions of sacred groves. The groves were said to house the tree spirits and allow communion with the souls of the dead. For them, life revolved around ancient, mysterious and sometimes impenetrable forests 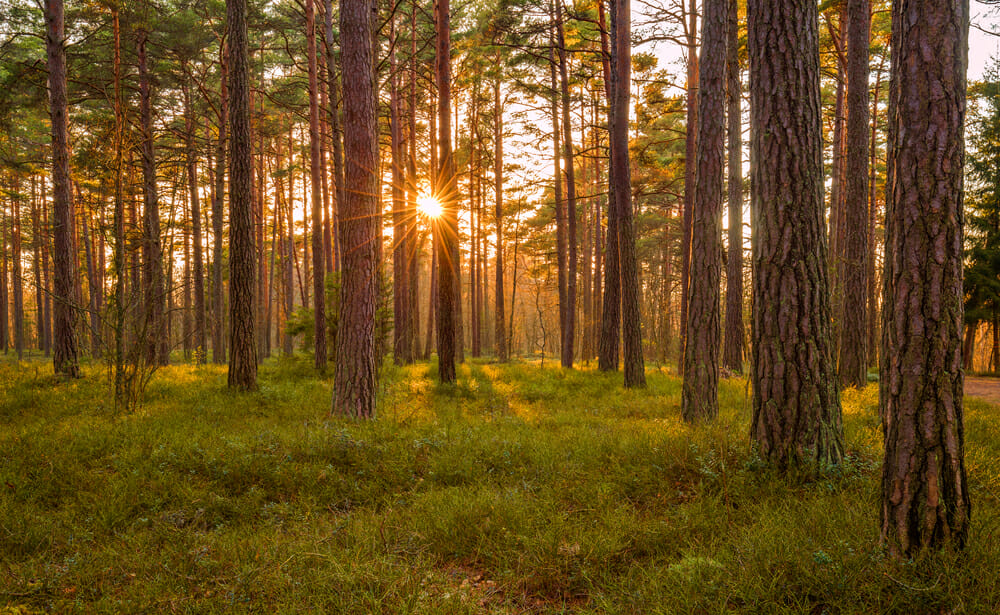 For other religions, like Norse mythology, the “world tree” which they called “Yggdrasil” connected the heavens, earth, and the underworld. A similar theme of a world tree can be found in Hinduism, Native American tradition, Siberian religion, Mongolian, Chinese, Slavic, and more. Nearly all of the Indo-European peoples seem to harbor particular respect for trees and their role in the mythological world. And of course, Semitic religions (Christianity, Islam, and Judaism) have the story of genesis and the tree of life.

Frequently mentioned is the symbolism of trees in pre-Christian winter rites. The story of Donar's Oak (also called Thor's Oak) demonstrated this well. It is the popularized story of the conversion of the German pagans by Saint Boniface, in it, he cuts down an oak tree the pagans worshipped and plants in its place an evergreen tree. He then tells them about how its triangular shape reminds humanity of the Trinity and how it points to heaven. 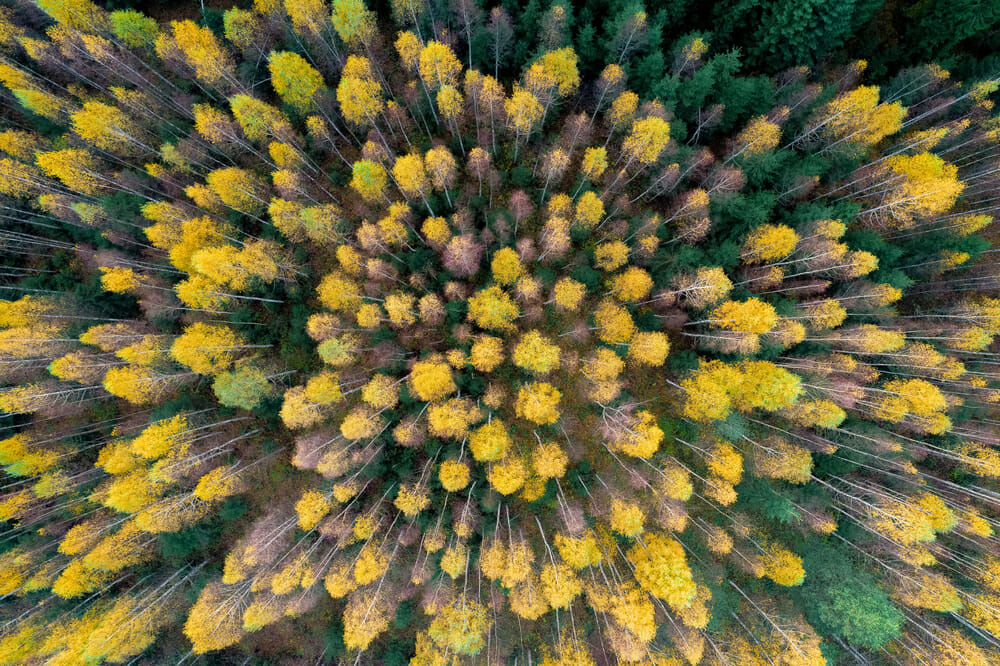 Furthermore, to quote the Encyclopaedia Britannica:

“The use of evergreen trees, wreaths, and garlands to symbolize eternal life was a custom of the ancient Egyptians, Chinese, and Hebrews. Tree worship was common among the pagan Europeans and survived their conversion to Christianity in the Scandinavian customs of decorating the house and barn with evergreens at the New Year to scare away the devil and of setting up a tree for the birds during Christmas time.”

We can now see that respect, celebration, and even reverence for trees was a relatively widespread practice. With the largest concentration in the Celtic and Germanic parts of Europe, it is no surprise then that the earliest recordings of the Christmas tree, that we would recognize today, comes from what is now modern Germany.

There are competing claims to where the Christmas tree was first used. Most point to 16th, maybe even 15th, century Germany. Some claim its origins are associated with the Protestant reformer Martin Luther, who was said to have first placed lighted candles to an evergreen tree. However, there is written evidence to support the claim that German Lutherans placed a Christmas Tree in the Cathedral of Strassburg in 1539 (this was under the leadership of Marin Bucer, Protestant Reformer)

For the 17th and 18th centuries, the Christmas Tree remained almost entirely a Protestant German tradition, gaining little traction elsewhere. For the most part, it served as a counterpart to the Roman Catholic Christmas Nativity scene. During this time the tree was simply decorated with sweets, nuts, berries, paper ornaments, and candles. Also around this time, the practice of placing a star or angel atop the tree came about (to represent the Star of Bethlehem or the angel Gabriel). The German word for Christmas Tree is Weihnachtsbaum or Christbaum. 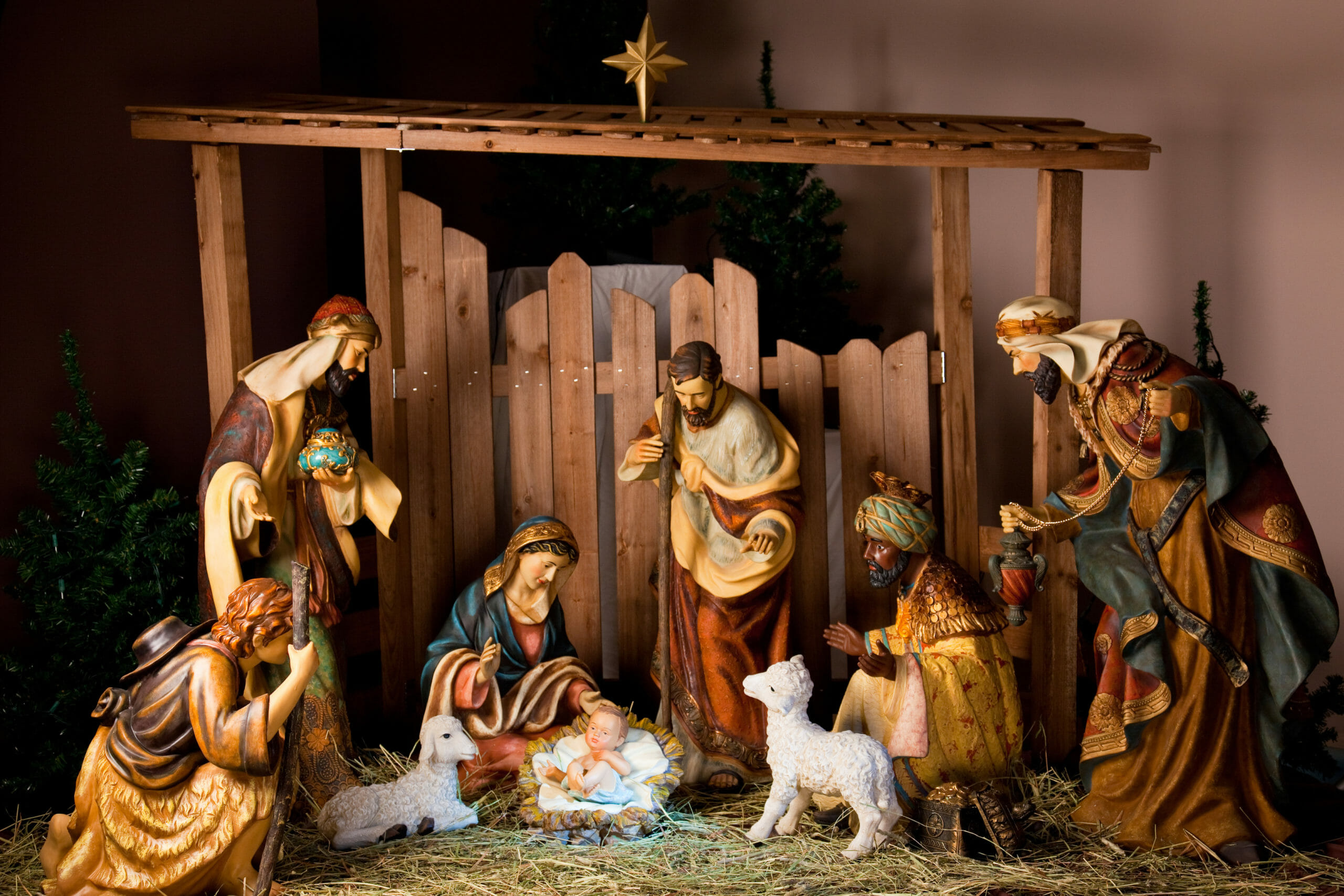 One exception to the German source of the Christmas Tree is the curious looking Chichilaki, a Georgian Christmas tree variety. It is made of dried walnut or hazelnut branches shaped to form a small conifer tree. These can range from 8 inches to 10 feet in height. The Georgians believe the tree to resemble the famous beard of St. Basil the Great, as well as the tree of life. 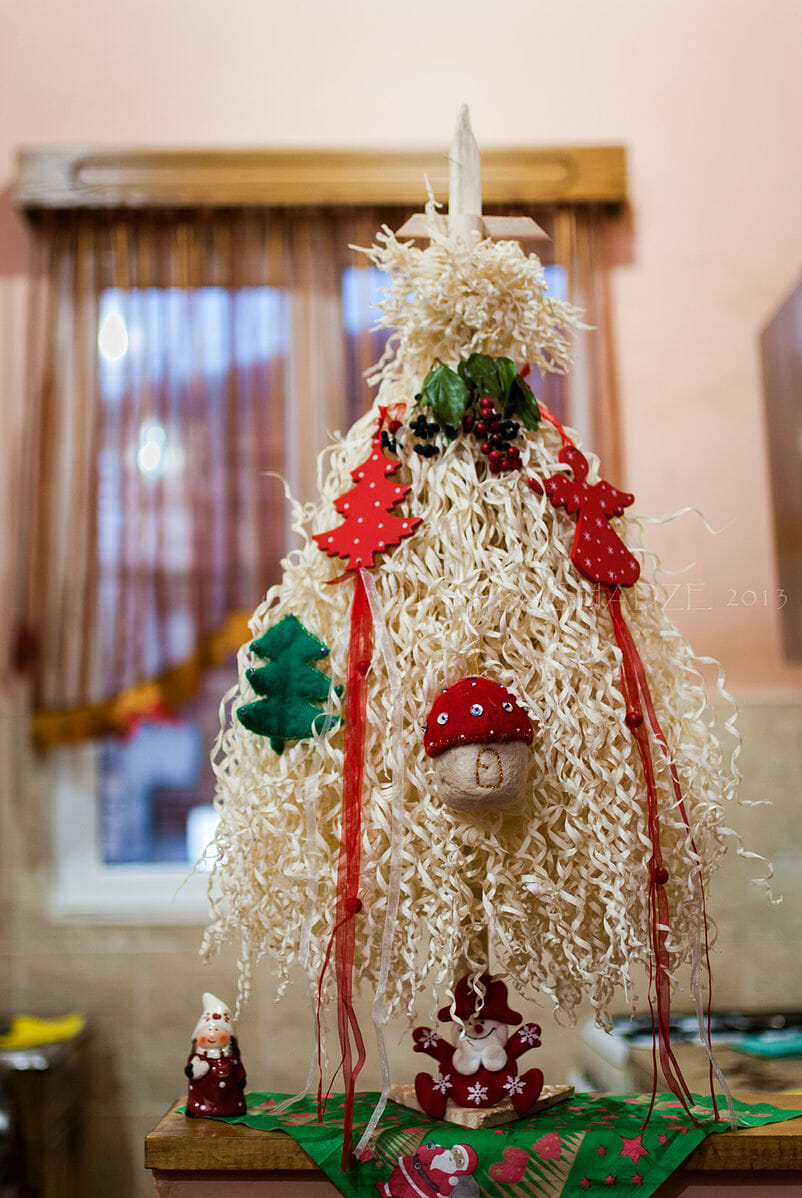 There were two main causes of the spread of the Christmas Tree during the late 18th and early 19th centuries. The first was the emigration of large amounts of Germans, mainly to the new world, the second being the rapid adoption of the practice by the European nobility. The later was the most important, as by the mid-1800s the practice had spread as far as the royal courts of Russia. From Vienna, Denmark, and Britain, to Russia, The United States, and Argentina, the upper class took to the practice well. And of course, it was only a matter of time before the middle class began to emulate them. 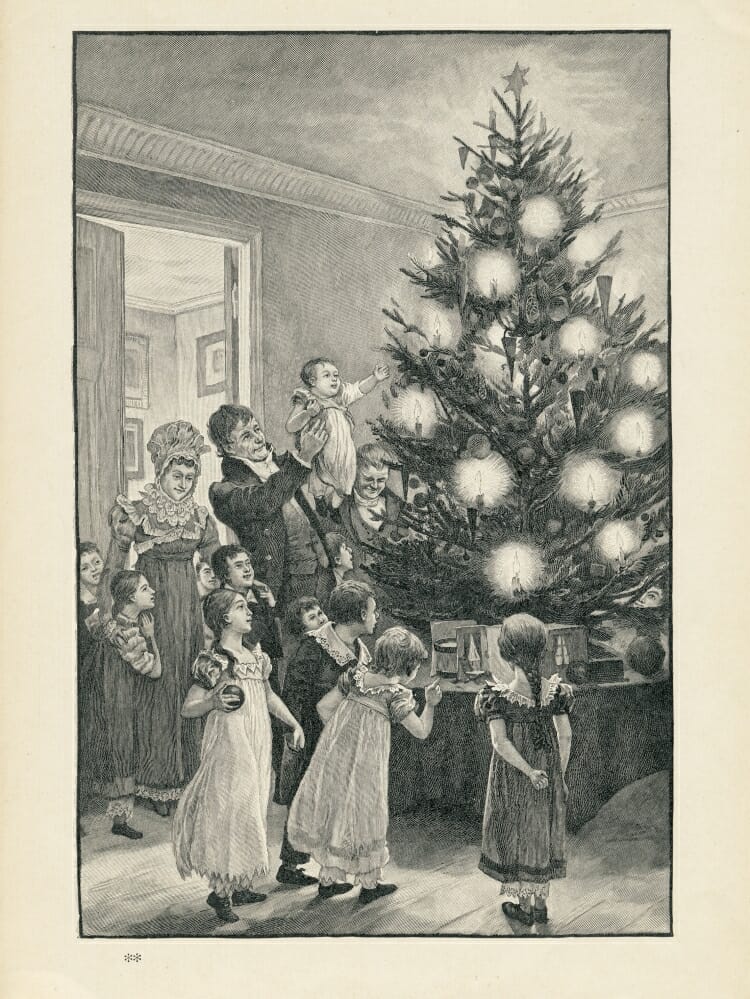 Christmas in the Netherlands, 1899.

An important event in winning general popularity was the German army's choice to place Christmas trees throughout its barrack and hospitals during the Franc-Prussian War. In fact, it was only at the start of the 1900s that Christmas Trees started to appear inside churches. These trees were brightly lit with mostly electrical lights. 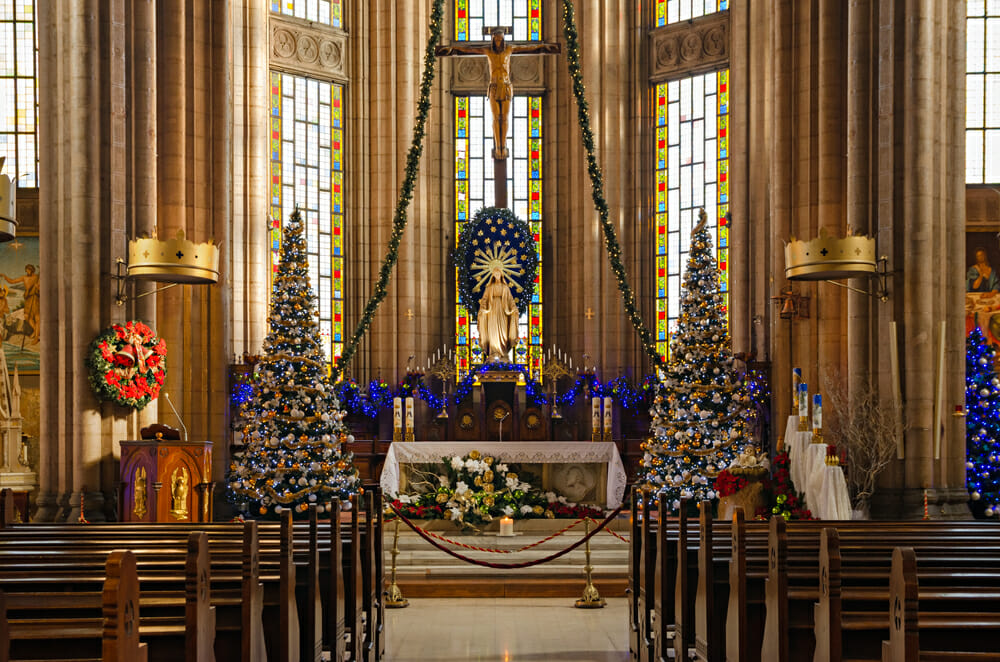 In Britain, Queen Victoria as a child had a tree placed in her room every Christmas. An entry from her journal, from Christmas Eve 1832, the thirteen-year-old process wrote:

“After dinner… we then went into the drawing-room near the dining-room… There were two large round tables on which were placed two trees hung with lights and sugar ornaments. All the presents being placed round the trees…”

The History Of The Christmas Tree In North America

In North America, the tradition was first introduced to Canada, around 1780, by Brunswick soldiers stationed in Quebec as a garrison against American attack. Several cities in the US with old German connections claim to have had the countries first Christmas tree. Windsor Locks, Connecticut, claims the earliest date of 1777 when an imprisoned Hessian soldier put up a Christmas tree at the Noden-Reed House.

However, the so-called “First Christmas Tree in America” is also claimed by Easton, Pennsylvania. German settlers erected a Christmas there in 1816. Similarly, Lancaster, Pennsylvania claims the first with its recorded use of a Christmas tree in 1821. While other accounts credit the German immigrant to Boston, Charles Follen, for being the first to introduce America to the Christmas tree. 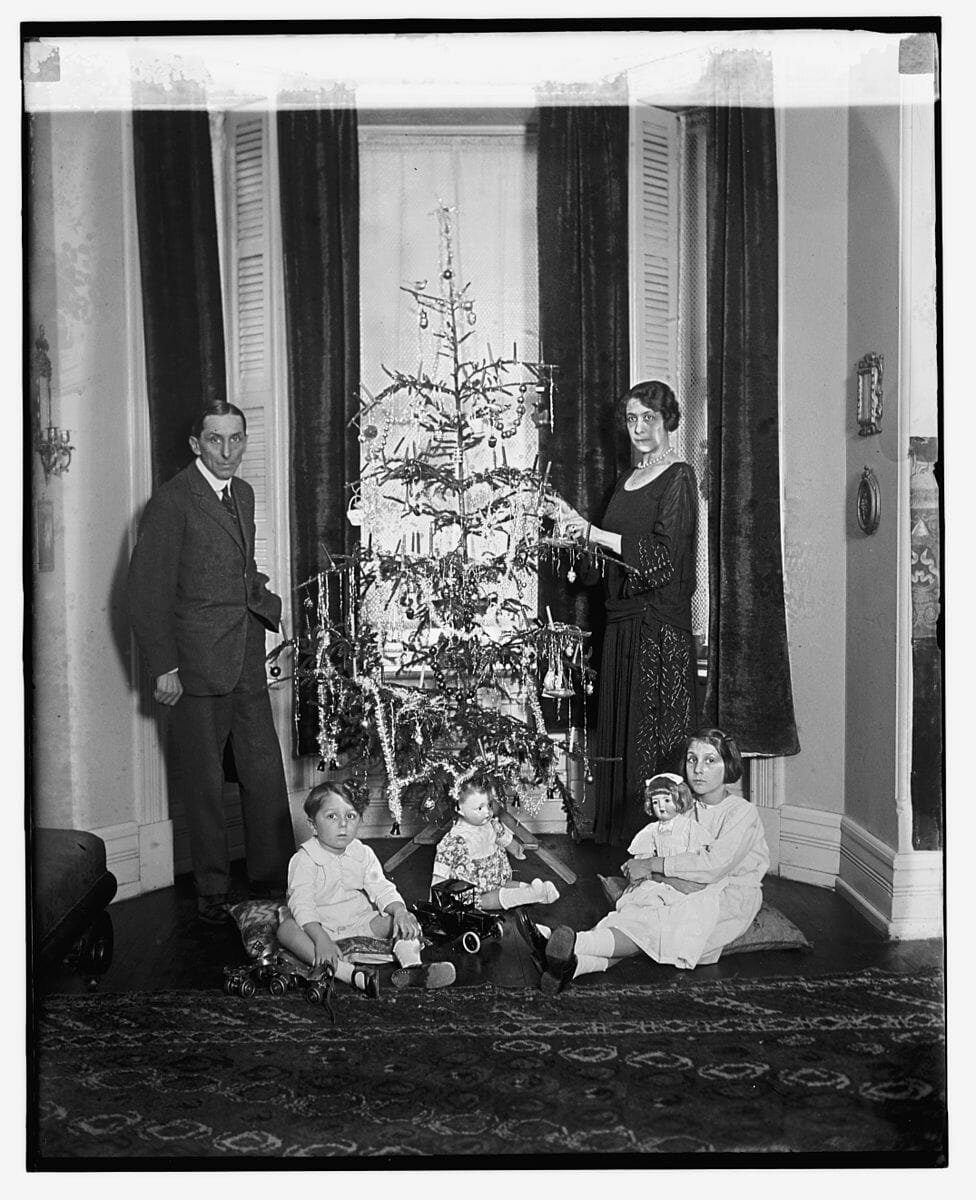 Regardless of who was first, the Christmas tree spread across the United States, both by German influence, then later by British immigrants emulating the Queen's adoption of the practice.

A quote on an 1853 article on Christmas customs in Pennsylvania:

“… defines them (Christmas Trees) as mostly ‘German in origin', including the Christmas tree, which is ‘planted in a flower pot filled with earth, and its branches are covered with presents, chiefly of confectionary, for the younger members of the family.' The article distinguishes between customs in different states however, claiming that in New England generally ‘Christmas is not much celebrated', whereas in Pennsylvania and New York it is.”

The Christmas tree has changed little since. Besides the usage of synthetic trees, non-edible ornaments, and electric lights the tradition has remained much the same; an evergreen fir tree richly decorated with presents under it for the children.

In the 1900s it became common for cities and towns to have public Christmas trees, often of great height and brightness. Since 1923 the United States Nation Christmas Tree has been lit every year on the lawn of the White House. 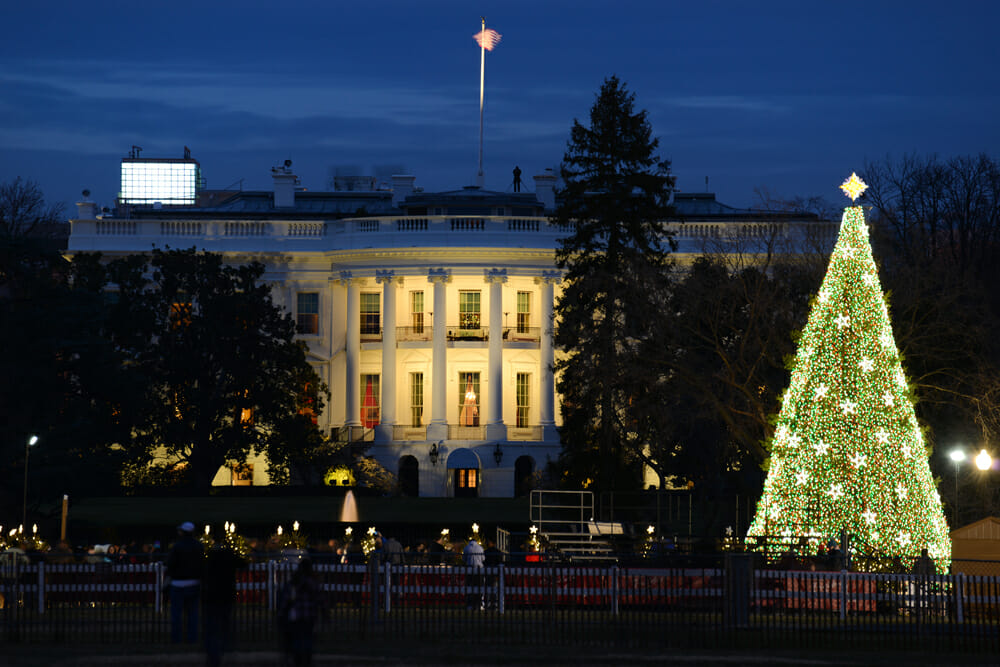 In the Soviet Union, after the establishment of Marxist state atheism in 1917, all religious holidays-along with Christmas celebrations were outlawed.

“The League of Militant Atheists encouraged school pupils to campaign against Christmas traditions, among them being the Christmas tree, as well as other Christian holidays, including Easter; the League established an anti-religious holiday to be the 31st of each month as a replacement.” The tree was eventually brought back in 1935 and became the secular New Year tree.

Pope John Paul II brought the Christmas Tree to the Vatican in 1982, though for some time before the Catholic church approved of the custom. In 2004 he called the Christmas tree a symbol of Jesus Christ.

“This very ancient custom, exalts the value of life, as in winter what is evergreen becomes a sign of undying life, and it reminds Christians of the ‘tree of life' of Genesis 2:9, an image of Christ, the supreme gift of God to humanity.” 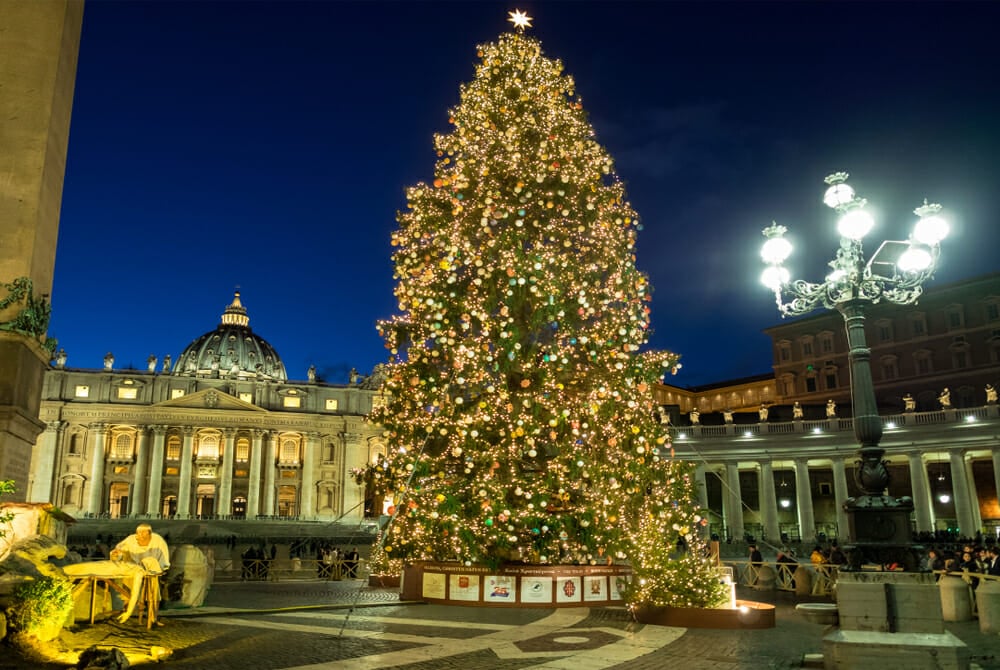 Undoubtedly the tradition of the Christmas Tree will remain for as long as the birth of Christ and the New Year are celebrated. It is amazing how such a relatively recent custom, but with an ancient past, has taken root so quickly across the world

I hope you enjoyed this history of the Christmas Tree. Don't forget to check out our many Christmas themed projects, they make great presents and decorations for the whole family.

13 Responses to A Short History Of The Christmas Tree