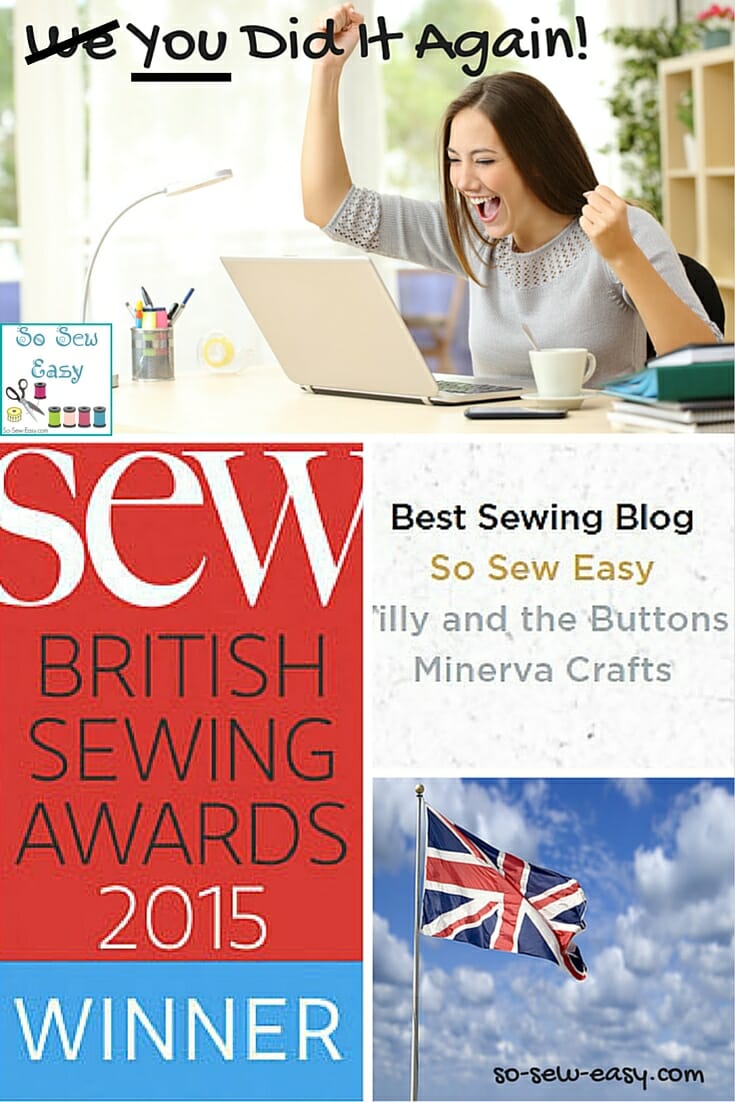 We had some terrific news recently which we'd like to share it with you.  Thanks to the fantastic support of our readers, the So Sew Easy site has won the British Sewing Awards 2015 Award for Best Sewing Blog.  This is the second year in a row that we have won this award and we owe it all to the support of our loyal readers.

A HUGE THANK YOU everyone.  It was all down to you and your votes.  To win, we had to overcome some significant competition.  We were truly astonished and delighted to again receive the award and want to thank everyone for their nominations and votes. 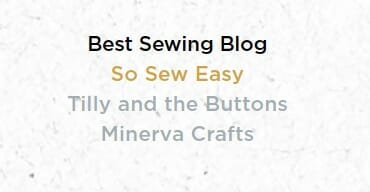 Many readers may not be familiar with this contest which has been running for a long time.  Nominations were months ago now and the voting was open for months too.  So although it's the Sew Magazine Sewing Blogger of the Year Award for 2015 – the results were only just announced in 2016. 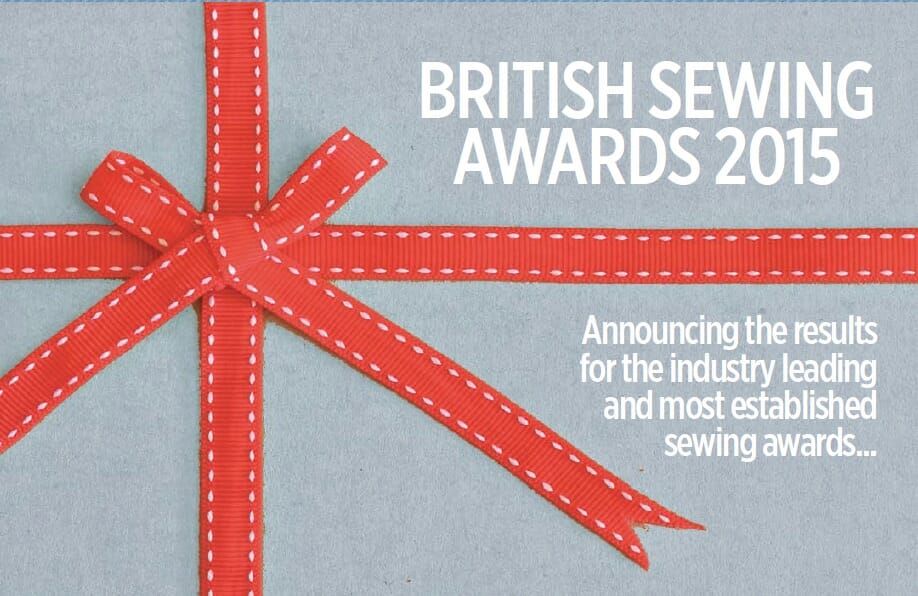 Unfortunately, there's no actual prize for this award except a warm and fuzzy feeling inside.  I think we get a certificate in the mail, which will take its place on the sewing room wall beside last year's award.  This is, however, a true honor for us and we're so delighted that our audience continues to grow not only in the US but also in the UK which makes up about 10% of our overall traffic and is growing very, very strongly.  In fact, the UK is our second largest market still ahead of Canada and Australia.

What we're going to do….

In past years, we promised that if the site won the Best Sewing Blogger in the British Sewing Awards that we would arrange a big giveaway.  We're on it and will be writing to all the site sponsors with the good news about the awards and seeing what sewing and fabric prizes we can rustle up for you.  Keep watching this space and hopefully we can collect up some nice prizes to share with you…

Once again, thanks to everyone from the bottom of our hearts.  Winning these awards has been awesome and we would not have done any of this without each and everyone of you.

Well done Debi – and now also Mayra. From the beginning, I knew you could do it. Why? Cos you’re the best go-to site for all things sewing. You have taught me so much, so thank You???
Anna

Congratulations on winning ! I love reading your blog, all of the fabulous tutorials, and watching all of your you tube videos.

Congratulations, I’m so pleased you won, since I voted for you. Keep doing what you’re doing, it’s great!

Well, none of your readers are surprised that y’all won. 😉

Congratulations! I love your blog and you deserve the accolades!!

How exciting – congratulations! Keep up the good work

Well done! This is a fun and informative site, thanks!

Thanks Chris. Much appreciated.

Thanks Chris. Much appreciated. We’ll be asking for everyone’s help later in the year to try to make it three years running;)

Fabulous!! Many congratulations and… may the Best one win again next year!! 🙂 🙂

Thanks Claire. Much appreciated.

Well done, really delighted for you.

Congratulations on a well deserved honor for a job well done.