« Altering the Easy Pleated Skirt pattern. How to increase or decrease the waistline: Part 4
A 4th of July SALE Worth Checking Out at Craftsy. Save Big! »

This is the second part of the walking short sew along.  In this post, we will be working on the slant pocket and the front zipper.

The slant pocket is the “darling” of pockets.  It is easy to make, slimming and practical.  It is the type of pocket we wish we had when pockets are missing on a pair of pants.

Below, I am showing you the fashion fabric project as well as the mockup in white and using black thread so you can see the stitching more clearly.

The steps below continue on from Part One of the sew along:  Walking Shorts Pattern & Sew Along – Part One

Apply a small amount of fusible interfacing along the opening of the pockets on the wrong side of the print.

Lay the front of the pants prints side up.

Place front facing of the pockets aligning it with the slant pocket.  Print side down. I have marked an X to represent the wrong side.  Sew at whatever seam allowance you have chosen.  If you are doing a mockup, sew at 5/8″ where the pins are located, keep a strict seam allowance.

Place the other side of the pocket print side down.

Sew around the pocket starting at the waist ending at the hips.

Use the serger to clean the seam allowance on the pocket.

Iron the pockets with an iron cloth on top.

For the easiest way to attach a fly front zipper, the tutorial is already been created and it is on Youtube.

This video shows you the easiest way to attach a fly front zipper.  I must say this technique is mostly used on the skirts and the easiest version to use.  Many of the commercial patterns, with the exception of Vogue, will have you used this technique.  I have given you a pattern that is the simplest to use.  Very similar to the one on the video except for the little tab on the right of the picture below.

Place the two fronts of the pants together.  Since you have added seam allowance to your pattern, you are going to sew the crotch, not including the zipper tab and the legs as shown in the picture below.

Take the tabs or packets (as they are officially called) and cut 2″ on the fabric you are using.  The pattern says one but you really HAVE TO CUT TWO.  Apply fusible interfacing, one side will have a button and the other the buttonhole.

We are going to remove the placket (tab) but leave the seam allowance.  Take the open one and place on the right leg (left on the picture) on top of the zipper opening print side down.  Prints are facing each other.

From the stitching leave the seam allowance and cut off the rest.

Take this opportunity to serge or zigzag the seam allowance, after attaching the zipper it will be almost impossible to do it and you will be left with a frayed seam allowance. 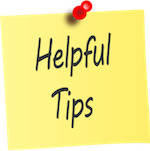 If you do not have a serger or an overlocker fold over the zigzag edge and topstitch matching the thread as close to the fabric as possible.  Shown in the picture below in black stitching.

Fold the tab in the direction of the seam allowance and iron.  Fold back under and topstitch as close to the edge as possible.

We will attach the zipper next.  For that, we have to repeat the step to eliminate the zipper placket (tab) and leaving only the seam allowance.

Notice I have serge the seam allowance as before.

For the next step, you will need the zipper and the zipper placket (I call it tab).  Mark 3/8″ on the placket.

Using a hand needle baste the zipper in place, or simply place the left leg zipper opening on top and sew.  Align the edge of the zipper foot with the fabric to produce a straight stitch 1/8″ from the edge.

Bring the left on the picture (right leg of the pants) over the topstitching and place a pin on top.

Finally, place the pants print side up, open the zipper and spread the sides apart.  Sew the stitching on the outside sewing down the placket (tab) without sewing the other placket on the other side of the pants.

At the end join the two plackets together and reinforce.

Shown here on the wrong side of the pants.  On your walking shorts, you can cut off the zipper so it will not show at all.

What is the difference between the two techniques for attaching a fly front zipper?  On the technique I just showed you the zipper will be covered by fabric and the stitching line is the industry standard from the edge 1 3/8″ for men and 1 1/4″ for  women.

The technique in the video is approximately  1/2″ and the zipper will be exposed on the wrong side of the fabric this is why it is mostly used on skirts and shorts with thin fabrics.

Step Six: Sewing the Pleats and Attaching the Back to the Front

Fold the pleats to the sides or towards the pocket and stay stitch the top of the front so the pleats do not move when you are trying the shorts on.

Lay the front of the shorts print side up.  Lay the back print side down.

Sew the outsides from waist to hem.

Sew the inner sides from crotch to hem.

Serging all the seams open and sewing the crotch last allows you to be able to alter the garment in the future. It is the difference between a tailored and a mass produced garment.

This is the end of Part Two.

Join me on Part Three shortly.  We will be drafting and sewing a waistband.  In addition, I will be adding more tips for the final fitting.  As always send in your comments, suggestions, and questions, Until Next time!

Bookmark the permalink.
« Altering the Easy Pleated Skirt pattern. How to increase or decrease the waistline: Part 4
A 4th of July SALE Worth Checking Out at Craftsy. Save Big! »