The last time I ask for your help 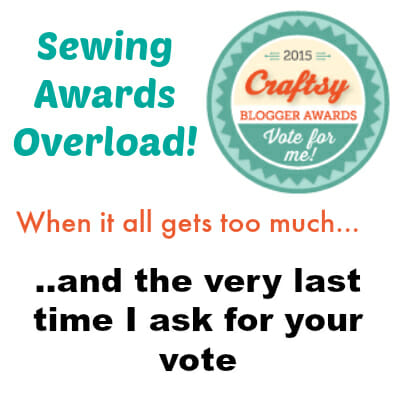 The end of 2014 and the start of 2015 has been really busy with various awards of one type or another.  Every time, So Sew Easy has been successful in reaching the finals of the voting thanks entirely to the nominations you all send in.

Ones that I can just think of recently off the top of my head include the Burda Top Sewing Blogger Awards (for which the results were never announced!), Craftsy Favorite Sewing Pattern (made the final 4 with the Wrap Dress), and The British Sewing Awards (made the final 4). 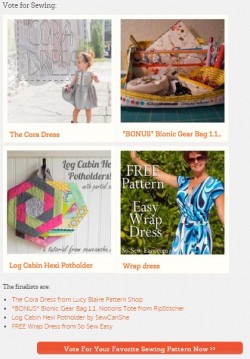 You have always supported me with your time and effort and I'm very appreciative.  But the So Sew Easy site is quite small and new, doesn't have that many followers and so when it comes to voting, naturally the ‘bigger' sites with their thousands of followers get more votes and it's hard to compete with that.  You must be getting fed up with it all and so I think we should take a break from all this ‘vote for me' all the time – it makes me look desperate ! 🙂

And for a small site like ours, it doesn't work. 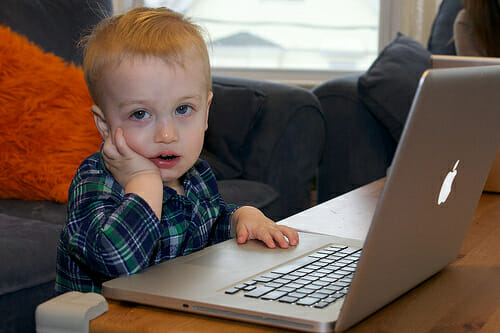 OMG, she wants me to vote again!

So there is one last current event I'll ask for your help with and then I'm not going to keep trying to win. It's bothersome for you I'm sure. 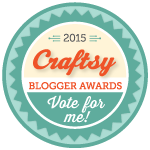 The awards currently open for voting are the Annual Craftsy Blogger Awards.  There isn't any prize for the winning bloggers, just a ‘badge' to display on the site and a warm and fuzzy feeling inside if you win.

So Sew Easy was nominated and made it to the finals in the Best Sewing Tutorials category.  Yay – I'm delighted for all of the nominations that got me this placement – thank you. So now they are asking for your vote between now and 11:59pm MT Wednesday, January 28th, 2015.  The results will be announced on the blog on 30th January.

Voting is easy for this one.  There is a little check box next to the site name, you check the box, hit vote and immediately you are shown the current results – which I love!  At the time of writing this article on Friday lunchtime, voting had only recently opened and it was neck and neck at the top between So Sew Easy and another site – just a few votes in it! 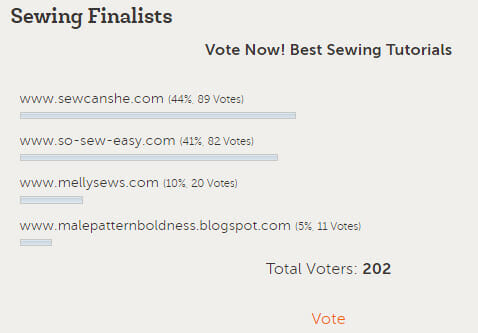 So you'll be able to see right away that your vote makes a difference and see how many votes are needed.  Looks like it might be quite close, or at least I hope it will be by the time voting ends.  The site at the top has twice the fans that this site has so I'll need every single vote I can get to keep up!

Thank you to everyone for your support in the voting and with all of your comments, tips and suggestions.  I couldn't do it without you and can never give back enough to make up for it.

I love this site! And I voted as well. Good luck and thank you for the great information you provide, the patterns, the instructions. All is most appreciated.

I am BRAND NEW to yours site, but was happy to cast my vote for your blogging finals. If for nothing else, I’ve been dying to find out how to make a wrap-around dress forever – and YOU HAD THE EXACT STYLE I’d been dreaming about! Thanks and good luck!

Deby at So Sew Easy
Author
Reply to  Barbara Calfee

That’s great Barbara, I’m so glad you found me. Thank you very much for your vote and I hope you find lots here that interests you. Do sign up for the newsletter and then each week you’ll get an email with all the new articles if you want to check them out.

Deby at So Sew Easy
Author
Reply to  Monique U

Whoo-hoo. Maybe, just maybe at last world domination will be mine – evil laugh….

Just voted. Your Web site has been helpful.

Voted, I love your blog happy to shout it out!

Happy to vote for you!! when you are so giving to us. Thanks again

Just voted on the 27th and you are WAAAAAAY in the lead, go Debbie!!!

Deby at So Sew Easy
Author
Reply to  Terri Randall

That’s so exciting. I just learned that 50% comes from the readers votes and 50% from the Craftsy panel of judges. Let’s hope they feel the same way 🙂

Of course I voted for you, who else? Created many of your goodies and love them all. You are the one and only, that’s why I don’t vote on any of these contest because it does seem the more followers the more they win it doesn’t mean they are the best!

Voted and more than happy to help. Love your site and thank you for all the help you give me (regularly), good luck =)

Woo Hoo, so exciting! I don’t mind voting at all and you are ahead ATM!

Voted 🙂
I’m a big fan of your bag patterns and tutorials , more please !

Just voted at almost 11pm EST on Sunday night and you are at 54%!! Those bigger blogs aren’t so tough now are they?! 🙂

I agree with all the other comments. I like to vote for you, lets me give something back for all that you share with me.

More than happy to vote! I hadn’t seen this in the Craftsy newsletters so I’d have missed knowing about it too. Thank you for all the tips and patterns you’ve put together!

Just voted and you are well in the lead at the moment.

I have only just found your blog and I think it is fantastic. I read all your seam tutorials on Saturday as It was a vey wet and miserable day here in sunny Queensland and then yesterday ironing and trying to work out which seams had been used on my better made garments.

As others have said, voting is no problem and is very little for us to give considering all you give to us.

I would love to be sewing right now, but as it is Australia day I am off to celebrate with friends.