How to Sew on Buttons with a Sewing Machine 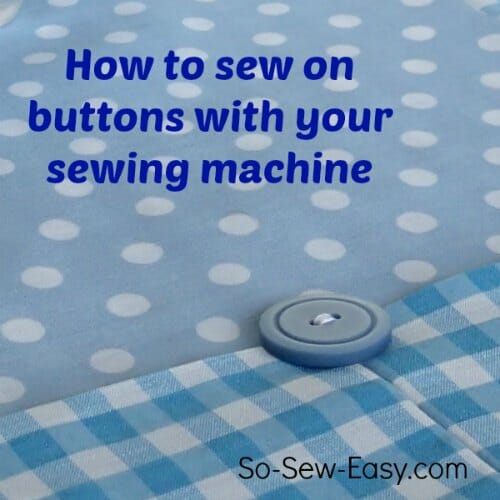 I'm such a lazy sewer that I feel almost embarrassed to share what I did last week.  I had to sew on a couple of buttons and rather than get out a needle and thread and hand-sew them, I actually took the time to look at my machine manual and learn how to sew them by machine instead.

In the end, I'm glad I did.  They took almost no time at all, looked much neater than I could have sewn by hand, and are probably much stronger too.

I can tell you this is easy because I did this video of me sewing on the very first ever machine sewn button.  Both the first one and the second one came out perfectly!  I was so worried I was either going to break the needle or break the button, but I was worried over nothing – it's so sew easy!

How to sew on buttons with a sewing machine

The picture above is also a sneak peek of a sewing project you'll see later this week – but not on this site. I'm proud to say I've been accepted as the sewing contributor on another blog and will be writing at Little House Living once a month.  Even more sewing tips and sewing projects for you to enjoy!

What kind of sewing problems are you worried about?