Some would say that today's fashions are far more sensible than those of say, the Middle Ages…that we've come to our senses as far as fashion goes: but we haven't.  Around the world, fashion trends and movements come and go, subcultures come and go under the influence of movies, music, and art. Some, like the ones in this article, find a niche in society and just seem to stick, transforming and morphing followers into fantasy characters, visually entertaining but not always comfortable for the wearer. More than anything they are an outlet for wearers, who treat themselves like walking works of art. Three hundred years from now, people may just look back on photos of these fashions and say “Woah, people must have been insane back then…”

Here are just of few of the strange fashion trends I have come across in my travels.  Have you seen any of these or even some that are more strange?  Please do let us know in the comments section below. 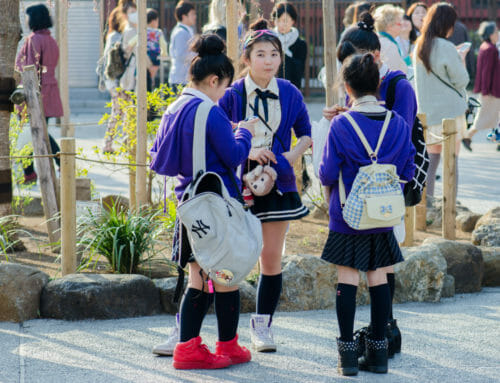 This Japanese trend is hugely popular and actually started when Japanese schoolgirls would spruce up their uniforms after school to make them more fashionable for the mall.

Characterized by school staples such as knee high socks, baby-dolls, checked and pleated skirts (severely shortened), white button-ups (buttoned down and tied to expose the midriff), blazers, badges, and pig-tails…the fashion is now a fully fledged movement on its own, with many dedicated out-of-school followers.

The name is a contracted version of a longer-term meaning high-school-girl. They even have their own specialized slang called kogyarugo.

The kogals favor kogal bands, who uphold all that they're about. Such bands include a long list of names like SKE48, NMB48, and HKT48…I suppose that like all movements you need to be a part of it to really understand it.

It began around 1999 when the electronic goths started wanting to differentiate themselves from the normal goths (with their love of vintage black and Victorian garb); latex (usually bought at adult/fetish shops) was added, together with a single neon color on top of the black goth gear, usually matching their insanely colored, bulky hair extensions (known as ‘falls’). Massive boots with killer platforms and a serious amount of unnecessary buckle action are standard fare for the cyber-goths.

You may be familiar with their bright synthetic dreadlocks, known as cyberlox, made out of everything from springs to foam strips and rubber. The cybergoth style often includes fishnets (various colors), aviator goggles, gas masks, and circuitry. It’s not comfortable and is bound to draw stares so it’s very much confined to the clubs and exclusive retailers now catering specifically to its weirdness. 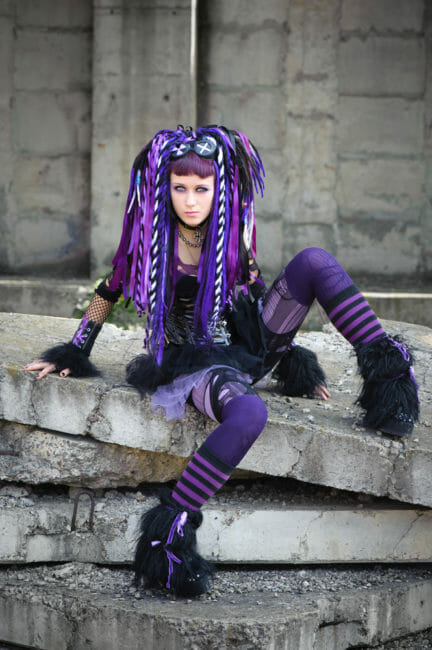 Yes, it is a thing and yes, there are strange hidden places in the world where on a nightly basis, steampunks gather in all their obsessive splendor.

Picture a post-apocalyptic world where all our gadgets have been fixed and modified with scavenged machine parts, giving the appearance of clockwork and steam train engines. Technology is highly advanced but uses mechanical and steam power instead of cybernetics and hidden circuitry.

It’s a fantasy culture, based on movies, science fiction and just an odd obsession with the aesthetics of early machinery and Victorian dress. The style is often a synthesis of the period and modern dress, including top hats, waistcoats, exposed crinolines, corsets, antique timepieces, seriously ornamented flying and driving goggles, rayguns, artificial limbs and more. Mechanical sculpture and art are very much a part of this interesting movement.

Expect metallic colors like copper or silver and dusty shades, reds, and greens, instead of the blacks and neons associated with goths and cyber-goths.

Steampunk followers listen to a broad range of music so unlike goth subcultures, it's not so much driven by music as it is by books and movies, Jules Verne, wild west sci-fi and other curiosities. 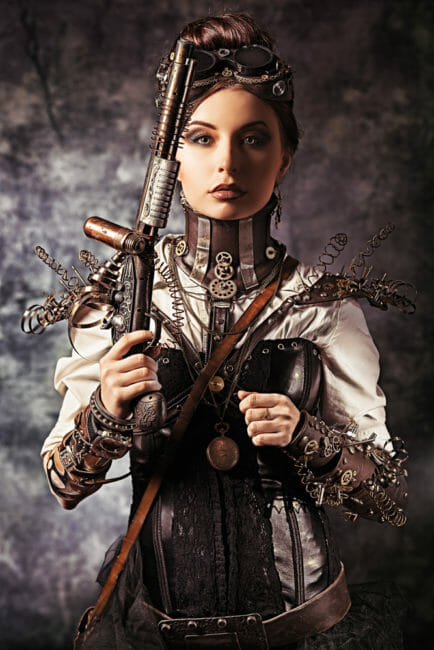 The style is based on Victorian and Edwardian clothing, making use of crinoline petticoats and sun umbrellas, be prepared for an abundance of ruffles, so many accessories that they must be heavy to carry, knee-high socks and extravagant hairdos and wigs.

The Lolita name has a lot to do with the fact the style of dress is not only Victorian or Edwardian but also very childlike. Think of a little girl being dressed for a fancy-wear pageant and you’ll get the idea.

The movement is a huge part of Japanese youth culture, with entire districts in Tokyo being dedicated to the retailers, clubs, and venues associated with it. It’s so big in Japan that you will even find dedicated sections in popular department stores which cater to it.

The style began under the influence of Japan’s many visual-kei artists, musicians characterized more by their extravagant costume and makeup than by their actual music. 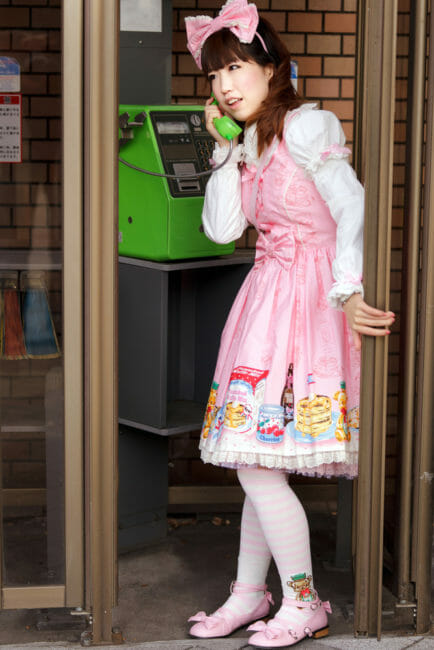 Ah yes, here’s one that’s really taken the Western world by storm, so much so that many of us haven’t even gotten the opportunity to talk about it and voice our opinions. Intent on advertising their advocation of all things out of the social mainstream, so many 20 somethings have taken to the trend that their rebellion has, in fact, become completely mainstream (but we still love it)! It's so widespread that it's even given a great many 30 somethings the opportunity to reclaim their youth.

This movement is largely about blurring gender lines, we see women in baggy clothes and men in tight clothes…women with shaved heads and men buying flat-irons!

Hipster guys tend to be more recognizable than girls and if you ask me, they’re the ones who’ve truly grabbed this bull by the horns. It’s refreshing (and rather interesting) to see men so fully embracing a fashion movement, especially in the west… although judging by the extreme hipster styles we see on the streets, it really makes me wonder what’s next. You might not think that this movement fits in with the rest of those listed here but just consider how unorthodox hipster fashion would have seemed a decade ago. This one caught us all by surprise!

On any city street, you can spot the hipster guys, characterized by their short shaved sides and head-top man-buns, impressive beards and tattooed forearms, perhaps not everything about this movement is bad. I’ve got to say there’s something cute about tweed, bow-ties, and suspenders, as well as the idea that it’s somehow cool to need glasses. We wonder about the exposed ankles and no socks approach and whether the viral spread of man-jeggings (so tight that they seem painted on) means that actual man-tights are coming next!? 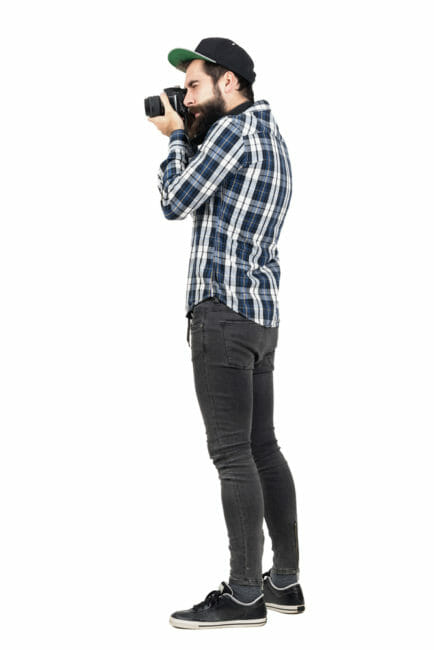 For some more reading on other strange fashion trends, please read our article on the Cosplay Sewing Phenomenon.

Riding on the Cosplay Sewing Phenomenon

9 Responses to Strange Fashion Trends That Are Strangely Popular