Why Do We Use the Baby Swaddle? 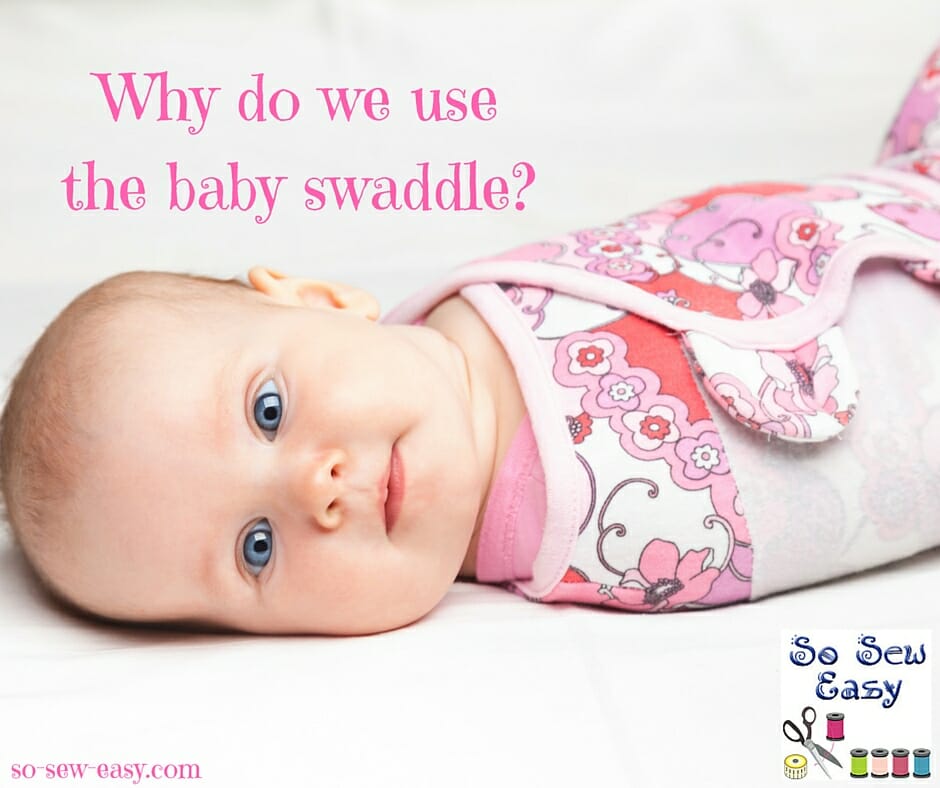 So why do we use the baby swaddle?

Swaddling is the age-old practice of wrapping a newborn up tight and cozy in a blanket, in order to restrict the movement of limbs. It helps to keep the baby on it’s back and makes for a sounder sleep with fewer upsets and tears.

The practice dates back millennia and has been practiced in varying degrees throughout history. Statues and engravings from Cyprus and Crete, depicting babes in a swaddled state, date back as far as 4500 years. In the Christian Bible, Mary is said to have wrapped her newborn baby Jesus in swaddling clothes, before placing him in the manger.

The original swaddling garb was a linen cloth that was bound tight with bandage-like strips. A common practice was to wash and oil the baby down after birth and immediately bind him up tight.

During Tudor times the practice was taken to the next level: babies were bound like mummies from head to foot, forehead and shoulders were bound in place so that the baby was completely restricted. It was believed that this would prevent the baby from developing deformities and stop out-of-control babies from hurting themselves with strange movements. 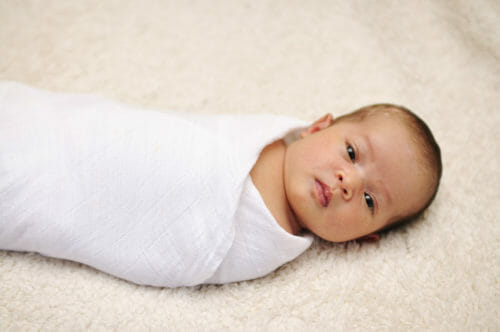 During the 1700’s physicians called out for abolishment of the practice, saying that the tight bindings prevented the babies little bodies from growing strong, that the severe restrictions imposed on newborns were doing far more harm than good and toddlers were left with weak muscles and fragile frames.

So the Western world abandoned the more severe custom of heavy-swaddling but there are many Eastern and tribal peoples who still continue the heavier version of the practice to this day.

Up until the early 90’s it was considered normal for us to put infants to sleep on their tummies. In-depth research into the causes of Sudden Infant Death Syndrome soon revealed that newborns sleeping on their tummies was one of the key contributing factors and pediatricians called out for parents to put a stop to it. With the launch of the Back to Sleep campaign in 1994 we saw the reintroduction of the age-old baby swaddle, because babies who are put to sleep on their backs (without a proper swaddle) are likely to be kicking themselves awake most of the time. 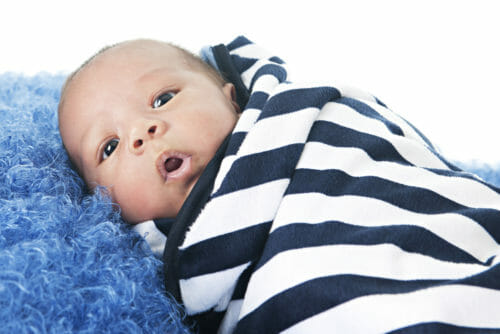 Nowadays swaddling is practiced with a slightly more gentle approach. Breathable cotton or cotton muslin fabric is used for blankets, often made in a triangle, T or Y-shape with specialized wings to allow for proper wrapping. Modern versions often include special fasteners or velcro strips to ensure that babies stay bound. It’s important that the fabric can be secured well without causing the baby to overheat.

It’s now widely agreed that swaddling is a solution for irritable newborns, who are often awoken from sleep by their own movements (the Moro-reflex). It allows them a deep and undisturbed sleep and it stops them from rolling onto their tummies and suffocating. We now know that babies legs shouldn’t be too tightly bound, so that their hips can develop properly. Swaddles are therefore designed to tie around the shoulders, allowing a little extra movement in the hip area. 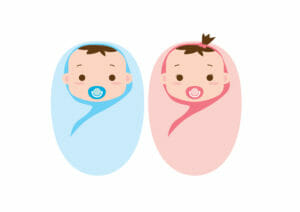 Physicians agree that swaddling is a helpful practice, making for well-rested, happy babies… but it should only be done in early infancy, up until the 4 or 5-month mark. At this age, the little one will have figured out, one way or another, how to roll over and he’ll need to have his hands free to adjust his position, should he happen to do so.

Studies now show that swaddled newborns cry less and sleep more, plus the risk of SIDS is hugely averted. One or two decent swaddling blankets, ensuring safe swaddling practices, are a must-have for stressed-out newbie moms and dads who definitely need all the sleep they can get!

After reading a lot about baby swaddles and looking around out there to see what free patterns were available, we decided to create our own baby swaddle pattern.  Please feel free to give it a try.

If you want to help us continue to bring you a wide selection of free sewing patterns and projects, please consider buying us a coffee.  We'd really, really appreciate it.
Bookmark the permalink.
0 0 votes
Article Rating
Subscribe
Connect with
Login
Connect with
49 Comments
Inline Feedbacks
View all comments

I was a Pediatric nurse for almost 30 years. The majority of babies calmed instantly once they were swaddled. A few did not like it. I will be trying the pattern as I have twin granddaughters being delivered in about a week.

I didn’t swaddle my own kids much but my DD swore by it for her oldest! Both of them got much more sleep. Her next one hated it once he was past 6 weeks.
I was of the generation that laid their babies on their bellies… and I used blanket sleepers and blankets and comforters too. We didn’t heat our bedrooms.

We swaddled in my family. It was meant to not only calm a newborn, but to help keep them warm, as newborns can’t control their body temperatures very well. I thought everyone did that.