Adding Piping to a Flap or Collar: The Easy Way 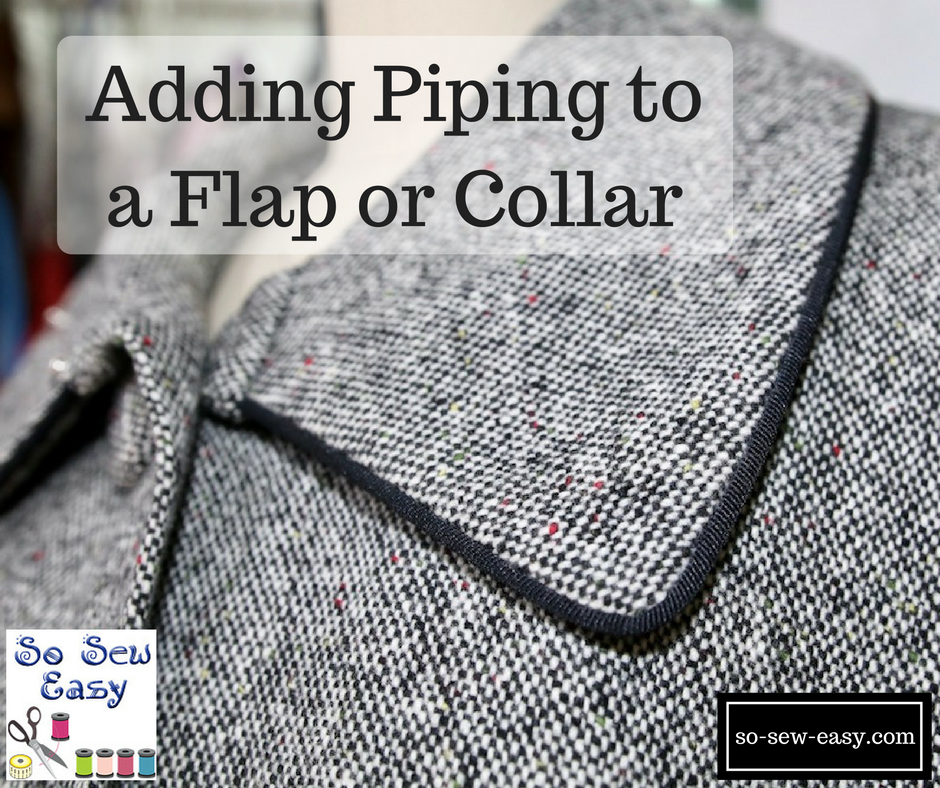 This is the easiest way I know of adding piping to a flap or a collar.  You can use this technique to make an iconic Chanel-inspired jacket, a sophisticated set of silk pajamas or even cushions.

When I was in design school, the thought of adding piping to a collar or to a pocket filled me with horror and I would often result in many sleepless nights trying to finish a garment.  That was until, I found this much better way to do it and this is what I am going to share with you here today.

I've created a little practice tutorial below if you want to get comfortable with the technique.  Of course, if you're going to use the technique on a sewing project, you will need the corresponding materials.  The short list below is only if you want to try out the method and practice.

Making the flap and adding piping

Cut two sides for your flap.  Fuse the interfacing to one of the flap sides.  These particular measurements apply for bias tape piping at 3/8″ or 1/2″.  If you are making your own piping, to make your life easier, just draft the pattern for the flap with the seam allowance the same size as your piping.

Because we are adding piping, there is no need to make one side smaller than the other.  However if your fabric has a pattern, large print or stripes, match the stripes to the center of the pocket.  That is where the eye is drawn to.  It is important to strengthen the pocket so the lines, corner or curves retain a crisp and smooth look.  This can be attained by using fusible or non fusible interfacing.  If you are using a thin fabric like silk charmeuse, satin silk or similar, fusible interfacing is not advisable because it could change the appearance of the fabric.  Use an interfacing lighter that you normally would use for lapels and collars.

Trace 5/8″ seam allowance to guide you to where you need to place the piping. 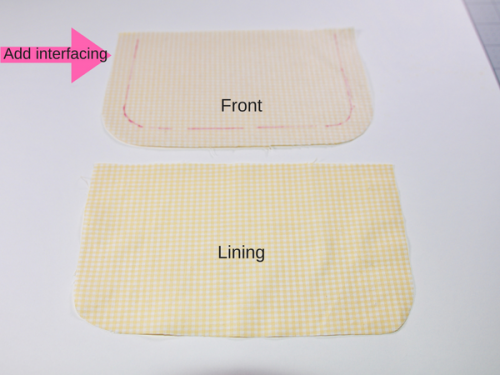 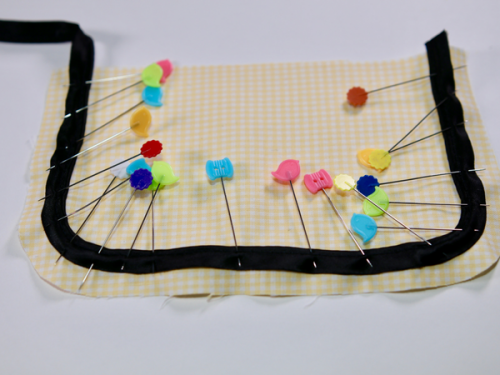 Attach the piping foot to the the sewing machine.  Slide the piping under the smaller groove which is the one on the right and sew the piping.  With this foot there is very little margin for error so make sure the tape does not move. 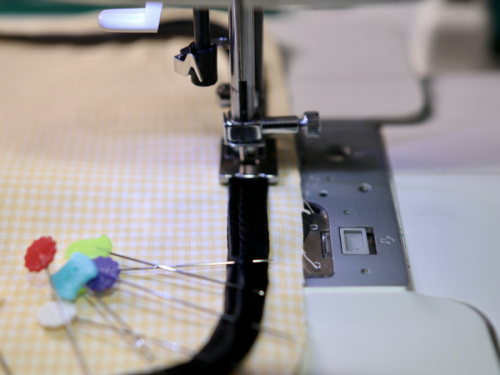 If you don't have a piping foot, you can use the zipper foot.  Just make sure the edge of the foot touches the piping.

Take the flap out and lay the other side of the flap right side down on top of the flap.  You have a sandwich now, with the piping in the middle of the flat and the fabric right sides are facing each other.

Pin the flap all around and sew again.  This time follow the stitching line you have created. 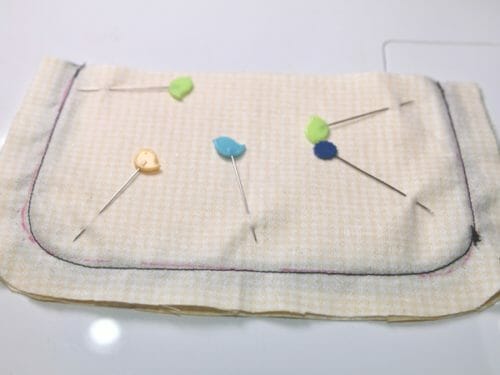 Trim the seam allowance to the edge of the bias tape piping.  If you are using a stiff fabric you might have to notch around the curve every 3/8 to 1/2″. 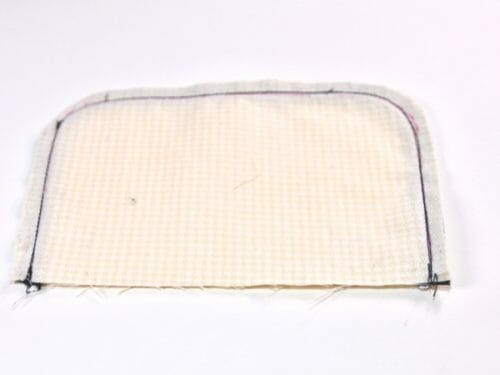 Turn the flap inside out and iron. You should have a flawless piping around your flap. 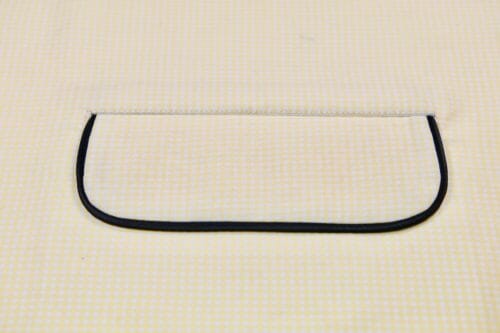 Use the same method to add piping around the collar and lapels.  Here are some samples on where to use this technique. 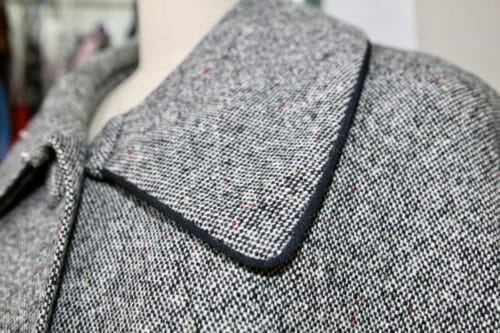 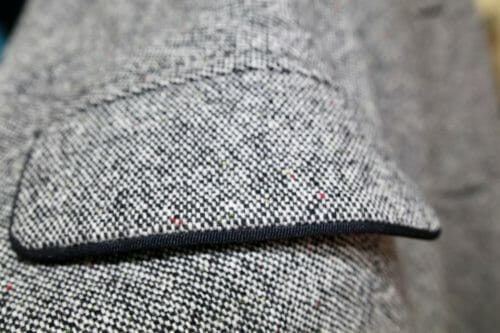 So there you have it.  This technique allowed me to get some sleep when I was in design school and it also helped me make some darn nice looking garments.  I hope you're able to use this method of adding piping to your projects.

It would be great if you could share some of your experiences below.

Very well explained! I love piping and often use it even if not actually part of the pattern, it just makes turning a collar so much easier.
Skills like making ones own piping, applying piping, elevate made at home to something special!

Hi Sandy, thanks for your feedback and happy sewing. I agree that it is often the little details that really make the difference. You might enjoy this article: https://so-sew-easy.com/did-you-make-that/

Indeed Sandy, no one can really believe when you add piping that you made the garment. It does elevate your sewing to a professional level.

thank you. making it a lo easier.. not sewing at the moment.. broken sholder
in plaster. keeping all your info…… Jean

Hi Tamie, many thanks for the proofing. Much appreciated.

You are right! This is the easiest way to add piping. I love the little detail it gives my sewing. I make my own piping, so it is either matching or contrasting my project. I used this method to add piping to a lined bolero jacket around all edges. I also used it on the front of a yoke on a little girls dress. It made the dress pop!

Thanks Andrea. Glad you agree! Kind regards and happy sewing.