« The Art of Sewing and Selling: More Tips to Help You Start
Sewing for Teens: and Audio Book Review »

For Men Who Love to Sew

Sewing is one of those rare fields where women dominate the scene –but there are surely a few men out there who would love to learn to sew at home.  So why don’t we see more guys famously sewing when we have many male fashion designers who have made names for themselves and nearly almost all tailors are men?

The main reason is perhaps the widely held, but fixed and oversimplified, idea that sewing is a task fit only for women. Alas, sewing was on the standard curriculum for girls in high school while the boys were usually taught some kind of industrial arts like carpentry or car repair, weren’t they?  As a result, sewing became something that a woman was expected to know, which she can use as her contribution to her future family.  This was especially true during the time when not so many women worked outside the home.  As a result, sewing was never considered a masculine job or hobby, so much so that men who pick up a needle or work with a sewing machine might even put themselves at the risk of being teased or made fun of. 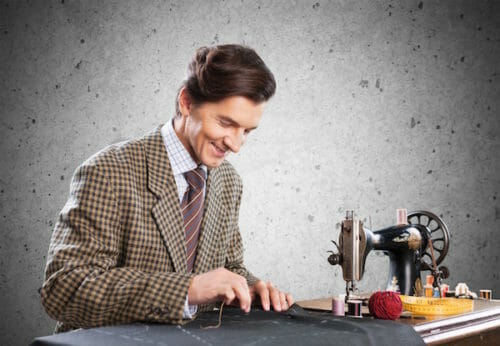 Today, nearly all books and magazines about sewing are geared almost exclusively to the female audience. These reading materials mostly contain illustrations of the female form and the garments being written about are usually the female wardrobe. Alas, you will be lucky to find a chapter or topic focussed on sewing for men and boys.  Also, marketing for the home sewing industry has almost always exclusively aimed at the female population and this includes advertising for sewing machines, pattern, fabrics, and other promotional ads for sewing materials.

Against all these odds, there are men who love to sew and their message to other men who wants to give it a try is to go ahead, pick up a vintage mechanical sewing machine and give it a whirl, so to speak.  Although it is often not encouraged by our culture, we're fortunate now that a man who wants to sew can now much more easily find a community who shares his interest on the internet.  Indeed, there are a number of male bloggers talking about home sewing and some of them are getting quite popular. 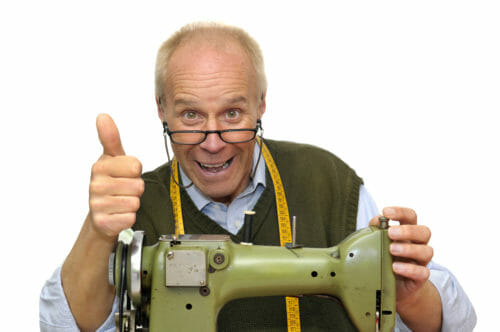 I think that any man who wants to learn sewing should forget about the stereotype and pursue his interest. Men can take advantage of the information available online and they can even get an online sewing buddy if they like. The truth of the matter is the mechanics of sewing is not so much different from carpentry because sewing is also about measuring, cutting, and construction. In short, sewing is also for you guys to enjoy and should I say: Welcome to the club!

In the world of the internet and blogs, the online system seems to know an awful lot about you. One of the good aspects of that, however, is we can know a lot about our audience and what interests them. It might surprise you to know that around 6-8% of So Sew Easy readers are men. That may not sound like a lot, but considering that So Sew Easy serves around 500,000 users per month, that means that we probably have around 40,000 male readers around the world!

Are you one of our male readers or do you know a man who sews?  Please share this article with him and let us know your comments below.

For a few good sewing ideas for men who love to sew, please check out the sewing for men roundup we did a year or so ago at:  Sewing for men 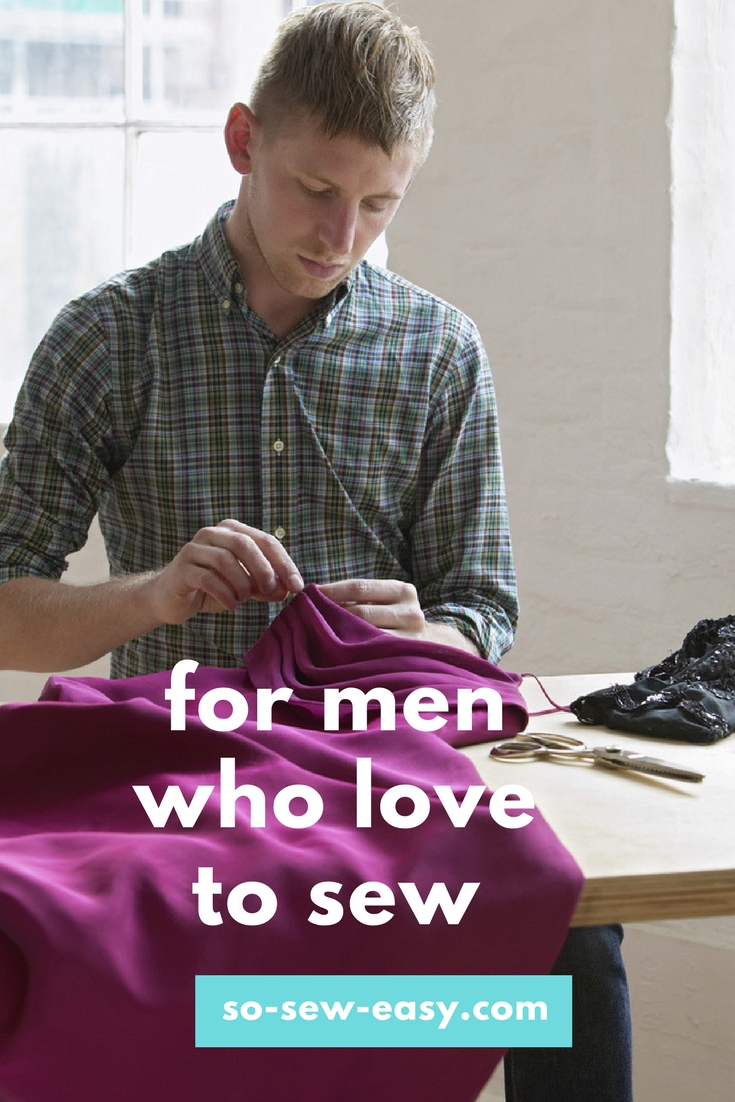 Bookmark the permalink.
« The Art of Sewing and Selling: More Tips to Help You Start
Sewing for Teens: and Audio Book Review »

93 Responses to For Men Who Love to Sew